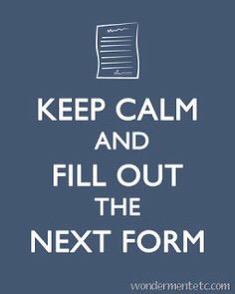 Had what is supposed to be my last official meeting with the adoption social worker. Still a few more forms and hoops to jump through.

Even though I had thought about who would “get” Bubba if something happened to me, I still had to have my brother and sister-in-law fill out a form stating they would take him.

I currently live in a guest house, but because it doesn’t have a 1/2 or letter after the address, all of the people living in the main house have to be part of my home study. Turns out they all need some last additional forms and TB test proof. They’ve already done the livescan process, filled out other forms, and been interviewed.

Bubba has a court date in September for the termination of parental rights, and if my adoption paperwork file is in order, then it will move forward!

Lord willing adoption can be finalized December/January! He’s already spent all of his 541 days of life in the foster system!