Today I lost one of my dearest friends.

It was sudden. It was unexpected. It’s completely not fair.

Sandy sometimes had a gruff personality, but it was often her protection for her soft heart. She was the one that always remembered everyone’s birthdays, new when you had something big coming up, and thought about little things.

Bubba was supposed to grow up with his aunt Sandy going with us to Disneyland, Comic Con, and just hanging out. She loved on him as much as she loved on her own niece and nephews. She was a tremendous support in my effort to adopt. She was actually one of my key point people in my village for Bubba.

The very last communication I had with her was on Thursday, when I sent her a video of Bubba playing with one of the toys she bought him at his first birthday. It was this crab toy that makes noise and moves.

At the last pre-Bubba Comic Con we went to, we went barhopping through Gaslamp in San Diego. We inadvertently ended up a college bar. We called it the children’s bar. We order drinks. She suddenly looks over at me and says we should find a spot to sit. We chill for a bit before working our way back to our hotel. Once back she tells me why she wanted to move… The guy on the other side of her had a Mr. Crabs headband on, looked over at her and asked, “Do you like crabs?” We completely dissolved into giggles. When she saw that toy a few months later, she had to get it for him! 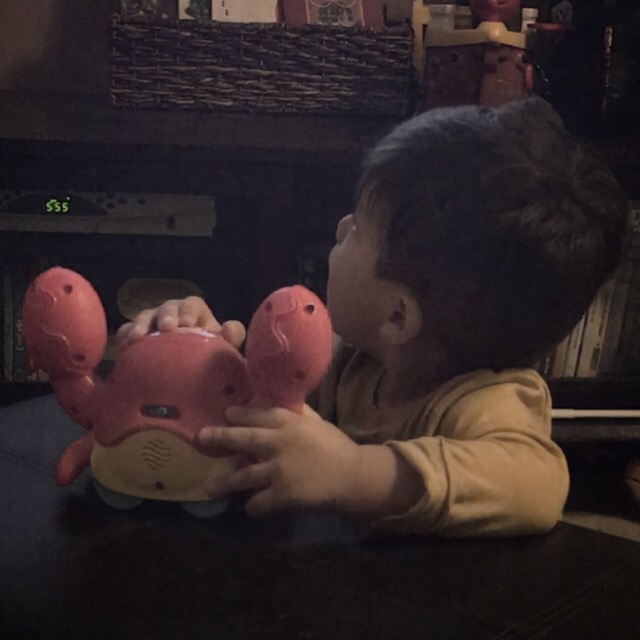 I miss you already Sandy. Thank you for being a great friend.